Solomon is the richest man who ever lived and there is a secret to his wealth. He got a divine key to wealth when God gave him a blank cheque to ask for whatever he wants.

Solomon wasn’t a type of today’s Christian because the answer he gave to God for the request kind of ‘surprised’ God, why?

God told us why.
Solomon didn’t ask for riches and honor

Solomon did not ask for long life

Solomon did not ask for his enemies to be killed.

A careful look as the prayers of most Christians today shows it is centered around these 3 points.

So because Solomon was concerned about all these, and he had an understanding of Matt 6:33 that if you seek the kingdom first, other things will be added to you.

God fulfilled that promise to Solomon by giving him wealth which was an addition to the wisdom Solomon asked for.

Now the question is, how did that pronouncement to Solomon that he will be the richest man that ever lived translate to material or tangible wealth.

We all understand that God doesn’t send money down to anyone from heaven.

His  way of doing that is by giving us the power to get wealth- Deut 8:18

So, that was what was given to Solomon and that is what is given to us today.

So God has played his part and we must play our part.

But first, what is that power to get wealth?

To understand it well, we must look at the abilities that help one to make create wealth in the marketplace- they are business skills like negotiation, closing sales, marketing, sales, leadership, communication skills, etc.

So in this contest,  power here means a lot of things, some of them are, strength, grace, ability, courage, boldness, determination, favor, etc.
It then means you need grace, strength, ability boldness to acquire these skills mentioned above because only then can you dominate in your industry.

So how did Solomon turn the pronouncement and promise God made to him into tangible wealth?

So before you keep hoping that the promises God made to you will just happen without your effort, learn from the life of Solomon.

Don’t stop at claiming how you will be the richest man in your village, but go out there and acquire skills and abilities that will make it happen.

Learn how to network and communicate well

Learn how to market and sell

Pray, Claim the promises and then Work to make it happen.

That is how to create wealth. 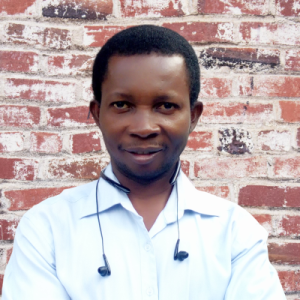 Okey Chigbu is a Digital Media Consultant, a Marketplace Minister and a Personal Development Teacher. He loves sharing practical success tips. He is the Chief Solutionist at Dynamic Creations, a web, and digital solutions agency.

That Challenge is for your greatness,don’t quit on the way

Understanding the place of challenges and difficulties in our life

Welcome to my blog I am Okey, a Digital Creator and Consultant, Entrepreneur and Marketplace Minister. I use this blog to share wisdom tips and resources to become a better person. Be Careful, Your action affects others
2